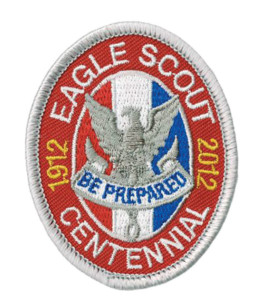 Several years ago, saved searches on eBay helped me acquire patches from the years my dad attended summer camp as a youth for his patch blanket. I thought that was quite lucky.

This morning, I saw a request on my district's commissioner mailing list for a pre-Centennial uniform shirt and a few discontinued patches for a young man that had lost his uniform to wildfire after Spanish Peaks Scout Ranch was evacuated. Within an hour we had a shirt pending finding out the Scout's size and one of the discontinued patches. A few hours later, the patch I expected to be hard to find because it was only available in 2012 came up from another commissioner.

...I'm not crying, it's just dusty in here.
Collapse